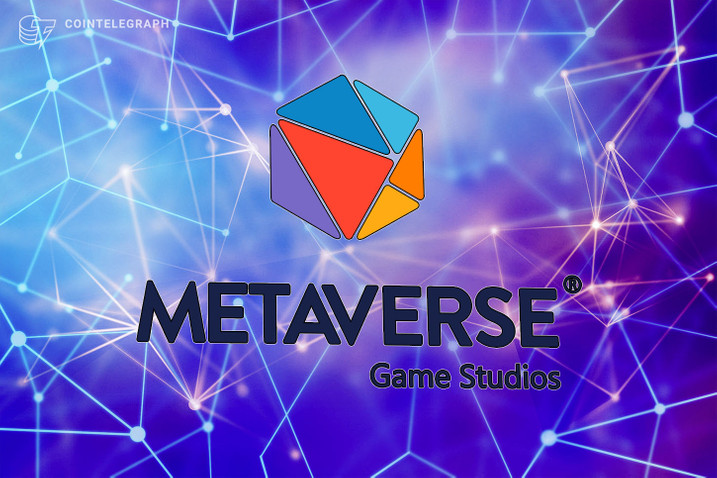 Metaverse Game Studios — a blockchain game development studio that raised a total of $10 million from leading industry investors for its game Angelic, named by Drake Star Report as one of the top 10 gaming deals of 2022 — and cryptocurrency news outlet Cointelegraph are proud to announce a strategic partnership to introduce Angelic, a narrative strategy role-playing game set in a collaborative and dark sci-fi universe, enhanced by the blockchain, to the Web3 and traditional gaming masses.

Cointelegraph shares Metaverse Game Studios’ vision of creating a sustainable, fun and immersive blockchain gaming experience for the audience of Angelic, forming a strategic partnership to introduce Angelic to the Web3 masses. Both parties believe that Angelic can rectify the hesitation of traditional gamers toward blockchain games, paving the way for mass adoption, fulfilling the demand for fun, fair and immersive gameplay, and contributing to the Web3 gaming ecosystem.

Angelic, which is being developed by a team of industry veterans, is a dark science fiction-themed narrative strategy role-playing game with turn-based combat, taking place in a collaborative universe, enhanced with blockchain elements.

Metaverse Game Studios will first launch Angelic: The Chaos Theatre (ACT), an online player-versus-player, free-to-play vertical slice module of the main game. The game’s main features will be gradually released by building around ACT, with both a single-player campaign and a massively multiplayer mode.

In the immersive single-player campaign, the player will start the game as Phoenix, a neo-human transcended by Iset the Goddess, mother of all neo-human Angels. Through Phoenix, the player will shape a massive conflict and command the mothership Osiris, home to a team of upgradeable and customizable heroes.

Players will also be able to participate in a multiplayer mode and leave their mark in the Angelic universe with their friends. They will be able to join neo-human alliances, form guilds, build space stations to establish control over space sectors, colonize nearby planets, research technologies, craft weapons and expand their party.

Through blockchain implementation, Angelic players will be able to securely trade hero skin nonfungible tokens, ships and other items with other players. The decentralized autonomous organization mechanism will facilitate true ownership, autonomy and voting rights to shape the outcome of Angelic’s evolving story and even the game’s development. They can contribute to the Angelic universe by creating content and even earn money along the way if they choose, all without affecting game balance.

Metaverse Game Studios CEO Erkan Bayol commented, “We are excited to bring a true AAA gaming experience with Angelic and build a collaborative intellectual property alongside our community with a sustainable and fair business model. We believe Angelic will be the bridge between traditional and blockchain gaming verticals and bring forth benefits and advantages from both while providing unforgettable experiences in the dark and immersive universe to players.”

You can register for early access to Angelic here.

For more information about Angelic, visit: