Unlike the common belief, the universe is not a deterministic, organized system. Sorry to disappoint you, but the universe is full of chaos. Even worse, according to the second law of thermodynamics, we have the law of entropy, which dictates the existing chaotic order gets even worse continuously.

It might be a surprise for some of you, but if you live in Turkey like me, or if you try to be an entrepreneur in Turkey, you would not argue that Turkey is a chaotic place. We are playing the game in über-hardcore mode all the time. So, when the world literally stood still during the Covid-19 outbreak, we Turkish entrepreneurs are like “…just another crisis, it will also pass…”

When things got bad for even Turkish standards, everybody starting to close their companies, halting their investments, and literally going into hiding, I realized a golden opportunity had arisen for me. I decided to go all in.

In 2009, when the world was hit by the mortgage crisis, my first game company (Céidot Game Studios) almost went bankrupt. In 2013, we had massive political turmoil in Turkey, which also affected the economy and all my investor talks collapsed. In 2016, we suffered at the hands of an attempted military coup in Turkey; that was the killer blow for the first attempt of Metaverse.

And this year… Covid-19 caused an unprecedented, catastrophic crisis and the second attempt of founding Metaverse had collapsed again.

One week later we decided to kill the initiative. I realized that I was doing something wrong. Very wrong.

I must say, because I am also a trader, I had to master the skill of controlling my emotions. Furthermore, I learned the value of thinking differently than the herd, seeing opportunities when everybody is terrified. In the 18th century, Baron Rothschild said “buy when there’s blood in the streets”. Believe me, it is a powerful strategy if you have some solid nerves. Remembering my trading lessons also helped me to identify the mistake I was making.

Recalling that my greatest achievements happened when I acted boldly and kept going no matter what happens helped me pinpoint the problem, as well. The final motivation came from a very unexpected source, however.

On that day I recalled a lost talent of mine: Ability to ride the storms!

I was trying to play safe, way too much. I knew Angelic was a solid project. I trusted the idea and my skills. I knew people would start to follow me once I set myself on the road. However, I kept looking for additional safety measures.

Fear is a perfect motivational source. If you use it properly, it is a significant ally. It is the only power that keeps you smart, agile, disciplined, and focused all the time. In order to achieve the bold goals of Angelic, I had to fear.

I was once a storm rider. I knew the secrets of riding that dark, yet wildly beautiful chaotic tempest. You need to sync yourself up with its dreadful swings. Sometimes you need to gently push it, sometimes you need to obey it. Mostly you need to think fast and rarely you will have second chances. So yes, it is a risky business. Riding storms…

And to succeed, first and foremost, you need to cut the rope. 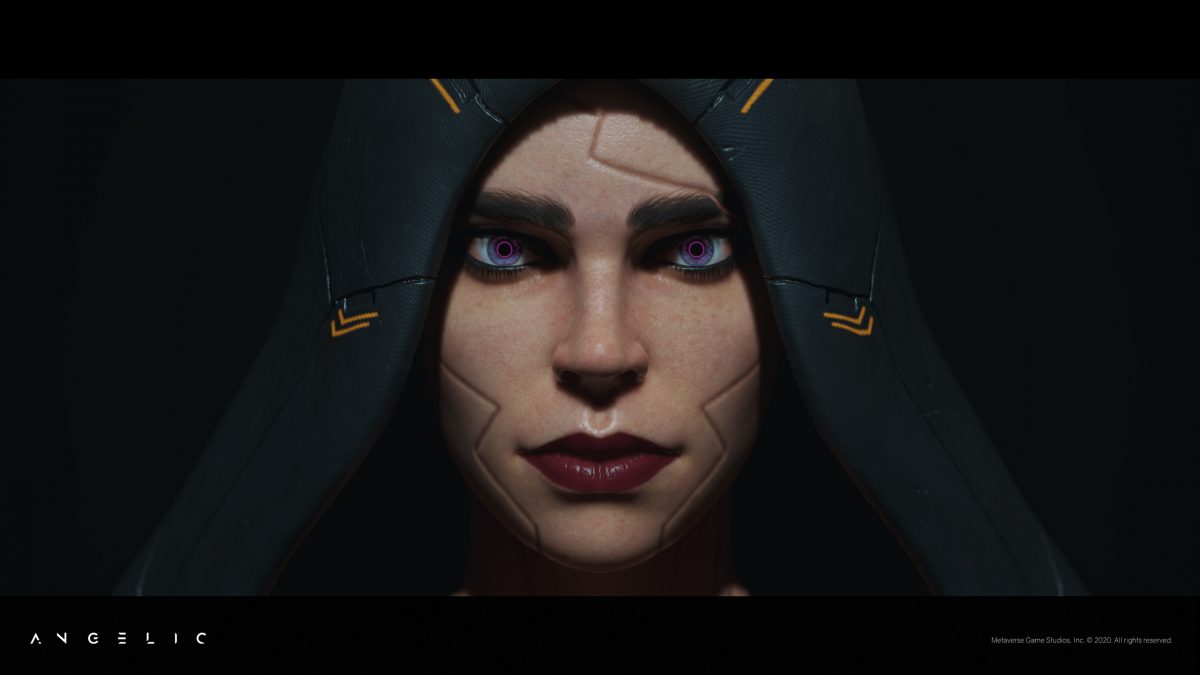 “Old ones say we have all fallen while trying to ascend. I say we never tried to ascend in the first place.

We just evolved, and in the process, made you obsolete.”

(Her live stream message to Earth before blowing up the Triquetra Space Station in 2527.)

A lot of people have asked us about our budget. Some of my friends even thought that I have a secret investor and possibly moved forward with a million-dollar budget or something.

Let me tell you what our budget is.

No, it is not a million-dollar budget. It is not even one hundred thousand dollars budget. Nowhere near. I am not going to tell you what our budget is really, you would not believe it.

Let me tell you this; however, our real budget, or real “fuel of motivation” is something much more significant. More valuable than a million-dollar bank account.

It is our dedication. Our motivation. Yep, just that.

Our real budget is our hunger for success. Our desire to achieve our goals. Believe me, when we are done with Kickstarter, or right after we launch the Kickstarter campaign, I will honestly announce our real budget. And you will not believe it.

Before concluding the diary I want to underline that the greatest value of this project is its team. I absolutely owe my team everything. With your permission, I want to thank all my team members, every single one of them, for their amazing support. Know that all our developers and artists are sacrificing a lot of things to make this dream happen and that is precisely why we will succeed. We are not developing this game with a solid budget perhaps. We have something much more valuable. We are developing it with our hearts, and hearts do not require money to pump blood. They require dreams and ideals.

So, it is time to ride the storm once again. Time to ascend… without the rope.

Ayşegül is a tech-savvy, full-stack marketing and communications leader with experience in tech and blockchain start-ups. As our Marketing and Communications Manager, she provides insight and expertise to our team to carefully represent the Angelic brand.

Debora is a 3D environment concept artist specializing in hard surface and environment designs. She is highly skilled in 3D and 2D with software expertise in Fusion360, ZBrush, 3ds Max, Octane, and Photoshop. Debora uses her magic to create detailed and immersive environments for the Angelic universe.

A 3D character artist with over a decade of experience in the gaming industry, Girish uses his outstanding skillset to bring the characters of Angelic to life.

Karena is our Senior Growth Manager. She uses her FinTech industry expertise and deep knowledge of the blockchain and cryptocurrencies together with skills in operations, growth tracking, project management, and communication to further the brand of Angelic.

Our audio maestro, Gunes, has a unique technical skillset (he is actually an Audio programmer, too) on top of his artistic (audiophiliac) abilities. He worked for Havelsan and Taleworlds Entertainment and nowadays composes epic scores for Angelic, so you all further immerse yourself in the dark and unforgiving universe of ours

Martin is a magician when it comes to engineering proper C++ codes (to be honest, he is brutally systematic so good luck if you are working with him and writing dirty codes!), he is an expert of Unreal Engine and worked for Crytek Istanbul and Frankfurt.

Another industry veteran, Ferhad, has been in the game development scene since 1994. His first company, Aneiva Inc. developed one of the first 360 high-res environments in 90s, and he managed large production teams at Midway Networks, Blue Genie, Céidot Game Studios and Koç Sistem. 25+ years of technology business, game development, VR and interactive software experience!

Emre worked for Oculus, designed environments, and has a solid experience on VR, PC and Console projects. He also worked for Realworld One and Valkyrie Entertainment, and now works as concept artist at KitBash3D as well.

Emek is not just an art director, he is a technical art director, meaning he has an excellent knowledge of implementing the optimal solutions into the art pipeline with best artistic approaches. He has launched 1 PC and Xbox, 2 casual, 10+ hypercasual, 2 PC VR games so far and was art director at Nowhere Studios, Lightstorm, No-Pact, Teleporter VR and Hero Games.

Petar is another industry veteran at our team and was the lead programmer of the original Far Cry at Crytek. He also worked for Genuine Games, LLC (50 Cent: Bulletproof) and Bungie (Halo 3: ODST) as lead programmer. Since 2011 he has been leading KAMAi Media.

Erkan founded Céidot Game Studios back in 2004, and developed 10 titles: Mostly strategy and RPG hybrids. Major games were Sovereign Symphony, Umaykut (which was acquired by Peak Games) and Céiron Wars. Erkan also worked for Crytek as Publishing producer and Director of Game Operations. He assisted Logic Artists to open a studio in Istanbul. He is lecturing at Bahcesehir University and mentoring game design master program at Istanbul Technical University.

Erkan was a representative and investment specialist at a US based fund under J.P.Morgan Chase&Co. and still mentoring various investment funds, accelerator programs and incubation centers.