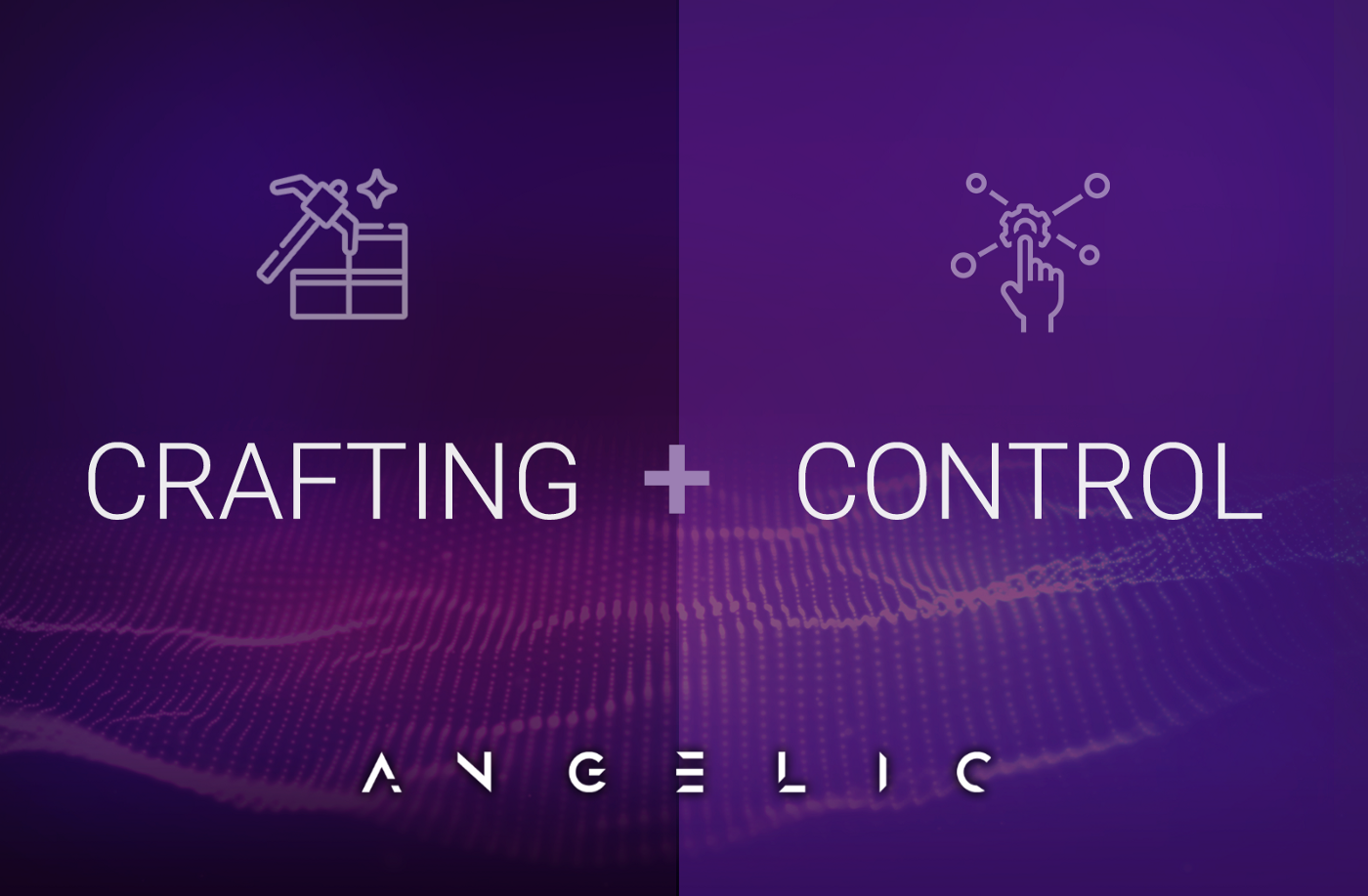 Why blockchain for a top-tier game anyhow?

Good question! We could spend many articles talking about this…and we probably will…but for now, there’s a simple pair of answers:

Traditionally games don’t allow the players a whole lot of control over anything. Vitalik Buterins has stated that one of his driving forces behind creating Etherium was because he was playing World of Warcraft in the early days and after an incredible time grinding for gear and top-level content the game developers simply changed how everything worked. His hard work amounted to nothing and he could do absolutely nothing about it. Blockchain solves this problem by maintaining a record of what everything has been so that changes moving forward require community agreement.

Also by using blockchain technology in gaming developers can actually allow the players to own their assets within the game allowing them control over what they chose to do with the asset. Players don’t have to pay to win, or play TO earn, instead, they can pay AND earn.

Angelic is leading the blockchain gaming industry by integrating with Solana.

​​Angelic has selected Solana as the protocol for the blockchain portion of the game. As Angelic is a massive game that offers a compelling and immersive single-player experience and a sophisticated and deep multiplayer layer we knew we had to choose the right platform to back up our plans in a way that is integrated into the game and adds to the player experience.

Too often blockchain games focus on raising money and then figure out how the game works later. Angelic took the opposite approach, prioritizing the game and players ahead of anything else. Solana was the best choice moving forward as it is the first to market “web-scale blockchain” and has not only the capability of hosting the applications Angelic will use but also has the computational bandwidth to handle the best of what we have to offer. Solana is a fast, secure, and censorship-resistant blockchain network. Its amazing features provide Angelic with the open infrastructure required for global adoption.

Additionally, Solana allows the Angelic blockchain implementation to be run on the cutting edge of performance and technical innovation with secure low latency transactions, up to 50,000 transactions per second (TPS), a block completion time of 400ms, and transaction fees of around $0.0001.

Solana is audited by a Fortune 500 preferred security firm and has iron-clad immutability on a global scale with more than 650 global validators. Solana is also built to scale with Moore’s Law, doubling in capacity around every two years with constant hardware and processing improvements.

In the foreseeable future, the Solana network roadmap envisions 1m TPS and 150ms block times. Such performance provides our ecosystem a strong base + all the necessary layers which are required to build a Gaming-Crypto-NFT-DeFi amalgam with tremendous long-term potential.

There are two main areas where Angelic is implementing blockchain technology. Both are designed with the player and the long-term future of the game in mind. 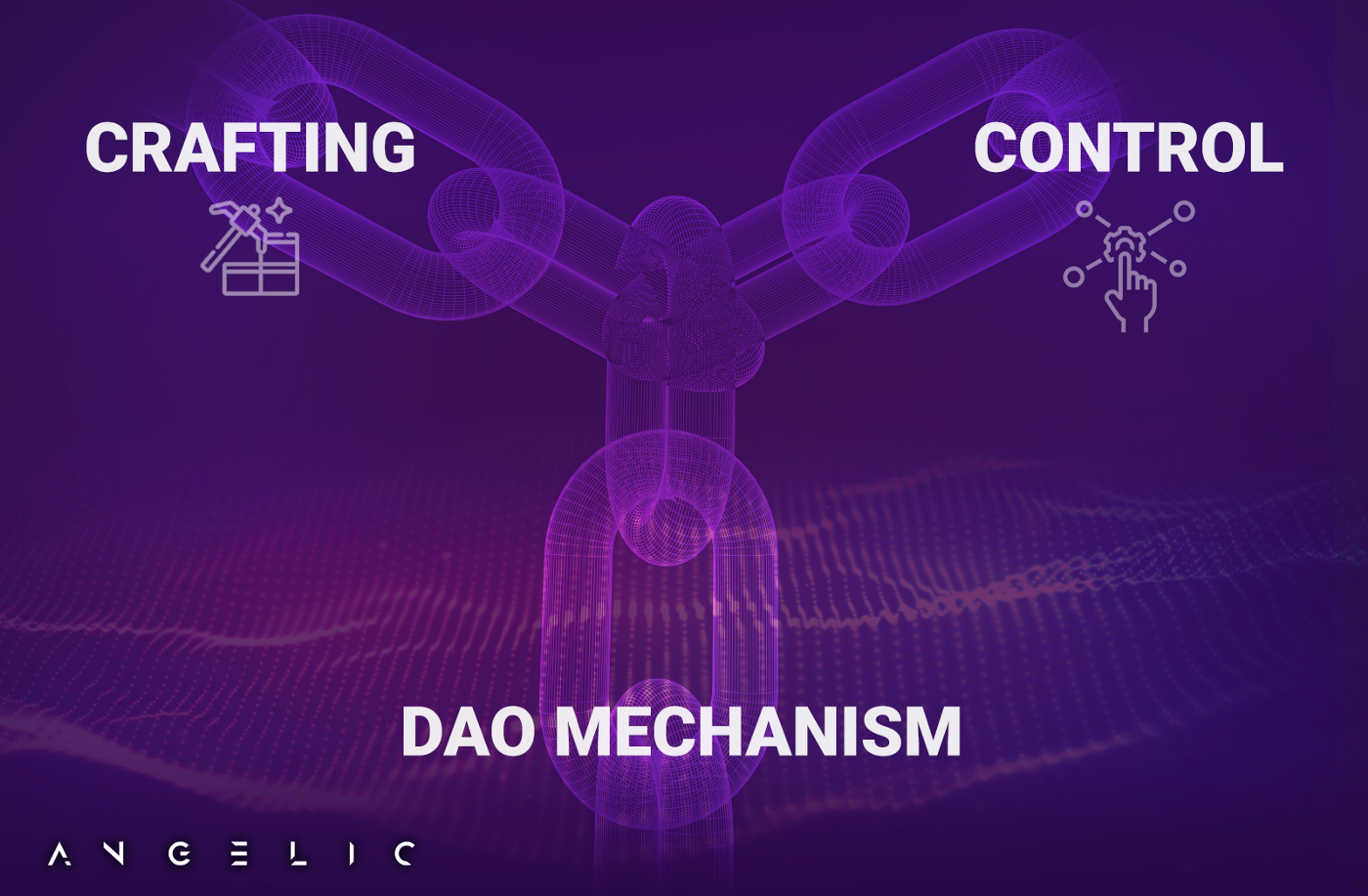 Both elements require a lot more time than can be devoted in one short article, but the primary takeaway is that Angelic is being built with the player experience in mind. Blockchain should enhance the player experience in a multitude of ways, allowing fans to dive deeper into the world, helping create it, benefit financially from the content and play time they put in, and too many other ways to count. That is the Angelic philosophy, blockchain has many uses, we’re leading the charge on bringing it to gaming to benefit the gamer.

Let’s Dive Into Crafting in The Angelic

We looked at the high-level elements of blockchain, what blockchain protocol works best for gaming, and why we decided to bring blockchain into the Angelic project. We wrote about how important the player experience is to the entire Angelic team and the critical factors are enhancing the time the player is spending with Angelic, and making blockchain part of the game, not just a side note. If it doesn’t make sense for the game or for the players we steer clear.

Now, crafting: In many games crafting is an essential part of the player strategy…and that is no different with Angelic, what makes us different is that crafting can also be one of the most lucrative activities our players can do in the Angelverse. Players can craft in-game items as NFTs which they can then use to advance their game experience, rent to other players, or even sell unique items for a profit.

There are five branches in the Angelic crafting system of the game: Item crafting, hero training, vehicle building, colonization projects, and mega-projects.

Each of the above will allow players to create an income for themselves, improve their play experience, or contribute to the community in a real and meaningful way.

Angelic is being designed by professional developers and industry veterans to be one of the first top-tier games to bring in blockchain to enhance the player experience and make their time crafting fun, useful, and lucrative.

In Angelic, you own the game, and your stuff

Now let’s discuss how and why our DAO mechanism creates yet another revolutionary step forward in gaming. No other game allows the community a chance to guide the future of the universe they’re playing in.

The Council of the Angels

The Council of the Angels is the main DAO body of the Angelic Metaverse. $ANGL — Angelverse token holders will have voting rights in the Council and have a title within the game itself. These titles reflect the level of $ANGL that they’ve staked and grant them voting rights within the Council as well as additional perks such as access to NFT drops, higher levels get to vote on more critical issues, and at the highest level these councilors will have direct access to the developers

There will even be a single Prime Councilor whose access to the development team will be unparalleled in modern gaming.

What about at launch, periods of transition, and long term position holding you may ask? We call these times Epoch Periods and each is expected to last for one month. During these Epochs the rights and responsibilities of the council are set with a given group of players, at the end of the Epoch the council may change as players make decisions on what to do with their $ANGL, new players reach milestones required for membership, and as the Angelverse changes.

As the Angelverse expands the Council will gain more input into the future of Angelic. This is planned to include:

All voting is planned to use the Quadratic Voting System (QVS) to provide a fair and democratic mechanism to the population of the Angelic Metaverse. This reduces the voting power of large $ANGL holders and title-bearers and reduces plutocracy without entirely erasing the benefits and rights of Council members.

Player guilds will have their own governing bodies, “Senates”. Guild Senates are micro-scale DAOs to specifically manage their own guilds and players, and to determine their politics and investments.

It will be almost entirely up to the Guild Senate and members themselves how to manage their DAO and set its own rules. Apart from obvious functions such as setting rules for their members, or deciding when to go to war and against whom, Guild Senates also manage the guild treasury and initiate and oversee guild investments (such as mega-projects).

We will be working with player guilds closely while implementing the system. Stay tuned for more updates!

Neo-Human alliances and the Supreme Cartel of the human corporations are important organizations in the game and they shape will also be shaping the future of the Angelverse.

We are planning to form a DAO body for especially neo-human alliances. Lore-wise players will be essentially on the side of the neo-humans by default. However, the universe of Angelic is dark and unforgiving, and changes can happen!

Expect additional DAO bodies and even more control and governance over the IP and the game will be possible in the long run for our players! Who knows, maybe there are even more “sides” or “races” out there?

We could dive much deeper into all of this, and we will in time, but for now know that we’ve truly thought this through and our reasons for adding the blockchain element to Angelic is so that we can truly build the metaverse with our community.